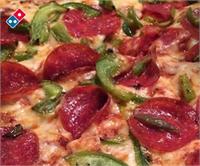 Vote Up
Vote Down
Write a Review
Bookmark

Manage this business and update its details. Present your products or services, interact with customers and grow your business. Claim Business

Help us to make naples.today a better place. We can't stay on top of all business entries. If you can improve the information for Domino's Pizza, we ask you to let us know about it. Report Problem